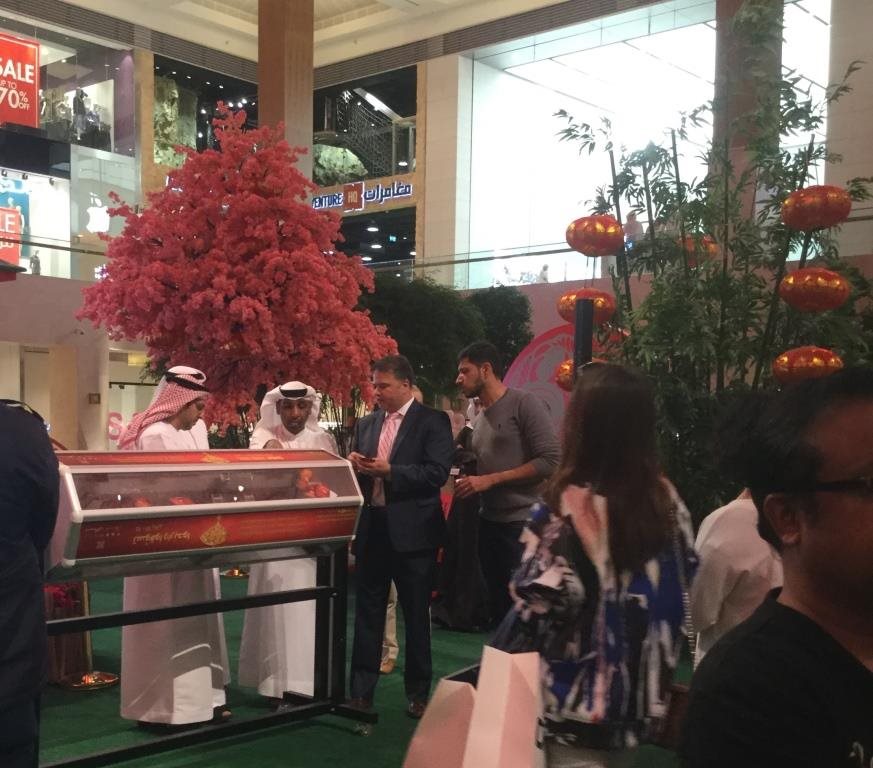 Earlier this month, Yas Mall launched the ‘Shop & Win’ Promotion for three weeks starting from 12 till 31st January, as part of its Chinese New Year celebrations campaign, giving visitors a unique shopping experience filled with exclusive Chinese traditional shows and a chance to win a variety of daily prizes when simply making their everyday shopping. With every purchase of AED 400 at any outlet within Yas Mall, shoppers are given the chance to win remarkable daily instant prizes, which have been displayed on the traditional Chinese ‘Tree of Wealth’ at Town Square.

In addition to winning instant prizes upon shopping at Yas Mall during the past three weeks, the shoppers entered a final raffle draw to win exciting prizes on January 31st. At the final day of the promotion, 4 winners were announced including Amir Ismail and and Fadi Kas, in addition to two more winners at Town square where they won 4 gift cards worth AED 10,000 each, also winner of the Etihad Airways business ticket was announced last night.

In addition to Rotana hotel at Yas Island.

Yas Mall continuously brings to its visitors a wealth of activities and experience. Stay tuned for more exciting news coming your way this year.

Shop Around the Clock at Yas Mall, The Mall at World Trade Center, Abu Dhabi and Al Jimi Mall this Eid Al Fitr